After getting back from Cyprus I caught up with PTC at Tiso to run an idea or two past him as well as to catch up after his trip to The Haglofs Bunker.

After a brew we decided that a wee mid week mission would be a plan as the weather was holding and I had no weekends free.

We drove up the Loch Lomond road with the usual slow traffic and parked up at Bridge of Orchy.

We had planned a while back to do Beinn Dorain and Beinn an Dothaidh but ran out of time so opted for something a bit closer.

After some deliberation on footwear we set out, I was wearing a pair of La Sportiva Skylites which I have worn most of winter on training runs.

Ptc was struggling a bit in a new pair of Haglofs Crags, well they were straight out the box !

We pushed on up the heavily eroded path heading for the saddle between the 2 hills.

It had been years since I had been up the 2 peaks and in winter too.

The terrain appeared to be very different in the summer greenery.

We headed round the shoulder of Beinn an Dothaidh and after a quick trot up the boggy slope we appeared on the summit plateau and were greeted by the clouds creating amazing shapes and shadows and some interesting colours as the sun was setting.

As promised by the MWIS forecast the temperature started to drop quickly as we pitched the tents on a small ledge that ran around the side of the hill. 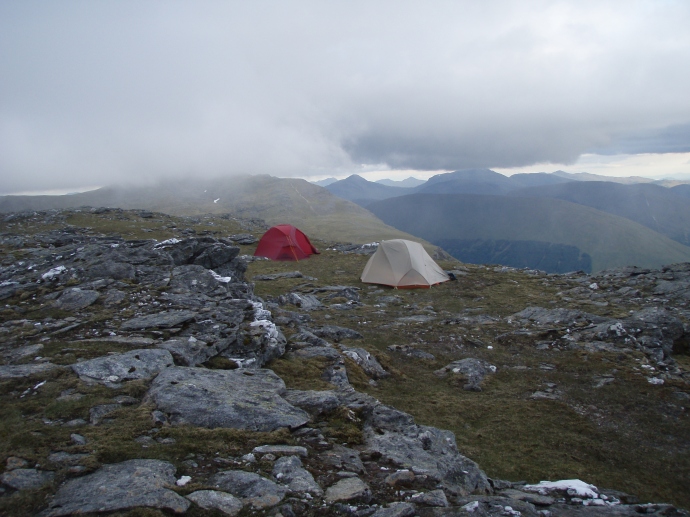 In an attempt to bring the Haglofs Genius down to a more acceptable weight I had ditched the inner and just brought the footprint and fly.

With the tents up it was time for a brew and some dinner as we realised it was 10pm !

The temperature was very low now as I lay in my PHD bag(no not the new one) on top of the clear-view, this turned out to be a good combo for the conditions as I had a comfortable night at a pleasant temperature. 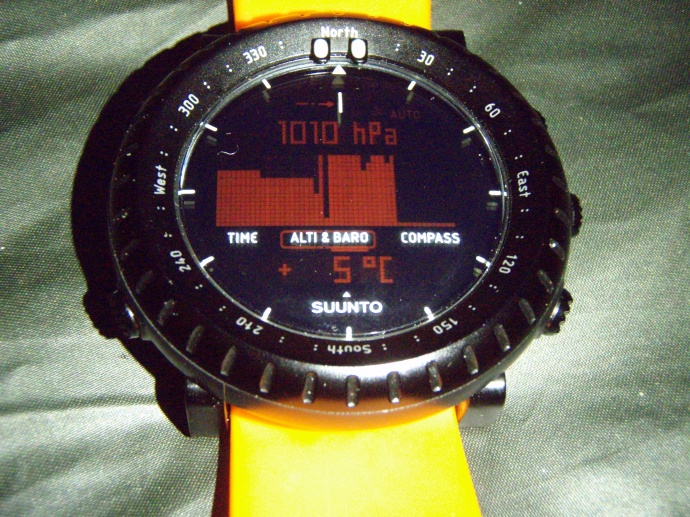 I had an Expedition food Beef Chili for dinner which was very nice, if you don’t like spicy food then its not the one for you !.

I had another brew and watched the sky changing as PTC jumped about taking photos, not wanting to get in his tent in case he missed something.

I woke up about 5am and checked the weather, gloomy mist was upon us so no sign of a sunrise !

I went back to sleep for a while then put the stove on for a brew, as we sat about drinking coffee the mist lifted and we were gifted with amazing views again.

It was still fairly chilly as we finished packing up.

I put the Kazoos on as it was not shorts weather at this point.

We descended without the help of the traditional path, choosing instead an “easy grassy slope” which was slightly more adventurous ! 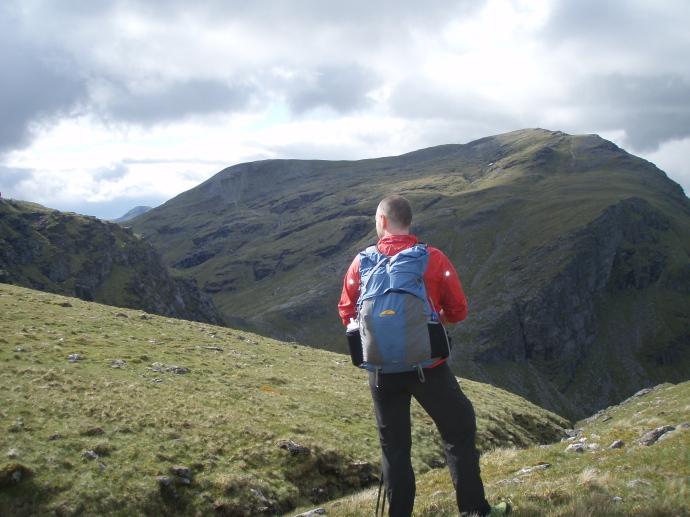 Before we knew it we were back on the main track and passing people on their way up the hill.

After a wee jog to the car it was back to usual !

A crawl down Loch Lomondside at a painfully slow pace and then back to work for the afternoon, well I say work, I had a group down the Gorge.

My kit selection is getting easier and I am pleased with everything that I am using.

I did end up with a large blister on my right heel which I just cant figure out as I have had no problems with the Sky lites before!

Surprisingly despite a week of doing nothing in the sun my fitness is not as bad as I thought.