Its been busy In Bobinson Land !

Apart from the usual madness of work i was away with North Glasgow College outdoor Students running a Six day Raft guide course.
It was a dryish week so not much water about, but we made the most of it and had a lot of fun !

Straight from that I was out on a Dof E Gold Practice Expedition on bike, we had the Bob Trailers with us to carry all the kit, they performed really well as did the guys who put an amazing effort in.

The weather was changeable so I was happy to have my usual bag of comfy PHD Goodies to bolster my sleeping bag (I assumed it was spring not still winter!).

The last day did just as the weather forecast said (there’s a change) it snowed !

Back on the bike at the weekend hopefully getting some Etape training in the up to Aviemore Monday and Tuesday on my Mountain Bike Leader Training with Jules Fincham and then down to the Lakes at the end of the month to Lyon Equipment  for a PPE Inspectors course and hopefully get some time to catch up with Si from Lyon and Rob from Montane.

That and a new activity coming on board called FunYaking and a new boat to the fleet of now 4 rafts. 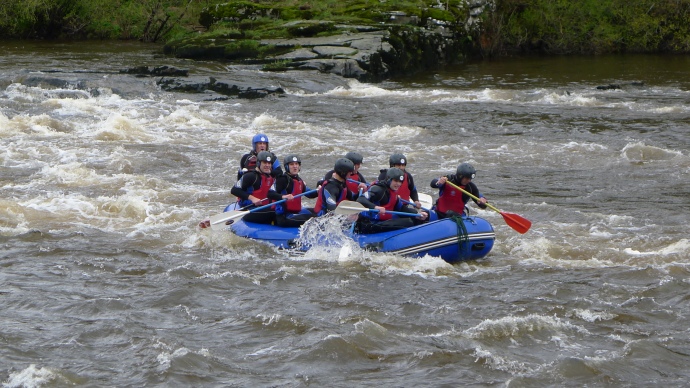